It’s June 2015, a married couple who love gin living in Orford Warrington had tickets to a local ‘Speed Gin Tasting’ at Wine Buffs (sadly not there anymore) a great evening was anticipated, we had experienced this several times before and had a great time. We had been promised several tasting tables where you would be talked through several gins, taste them, and after 15 mins move to the next distributor/producer.

We arrived early, were allocated our group of 6 and our first table, it became apparent that most of the gins available we already had at home and knew well which was quite disappointing for us, but with our usual gusto, we threw ourselves into the evening…. There were around 6 stations to visit all with a number of gins to try, apart from the last station, which, was a new Gin, made locally and in the owners’ kitchen, excitement mounted to try this new phenomenon!

After enjoying several gins and shots we finally arrived at the last producer, it was a guy called Karl from Forest Gin, we listened in fascination to his story, how they foraged for their botanicals in the forest of Macclesfield, we tasted, we loved and it was then that I boldly announced to my husband and anyone else who was listening that we could and should make our own gin… shocked faces stared at me, Ste (my hubby) said, with a few expletives “your away with the fairy’s…”. That was a red rag to a bull and so our journey began …

November 2015, I had booked us and two friends, Ann & Alex, onto a Gin Experience with 45 Gin School operated by Burleighs Gin at Leicester, we booked a local B&B, and off we went it was supposed to be a birthday present for Ste, but turned into our first experimentation of Gin recipes, we all agreed to produce a blend that we thought could be taken to market. We had a great time, drank a few gins, and took home our prized blends. Our third Pug MoJo also came to us on long term foster, she stayed, so the name of our Gin was changed from 2 Pugs to 3 Pugs. Fast forward to:

January 2016, we invited three other couples to round for a blind gin tasting, we disguised our four blends, provided them all with score sheets, and let the fun BeGin… (forgive the pun!). The winner was ‘Honky Dory’ created by Ste our Master Distiller, that was it then, 3 Pugs Gin was created.

May 2016, Ste and I had a really bad day at work, we were so fed up of the rat race, in our late 50’s with the realization that our pensions would not fund any kind of retirement, we needed to do this now… so we purchased our first item, a load of wood so Ste could commence work on what was to become our Garden Distillery, we live in a small terraced house and had a decking area at the back, this we used as the foundation for our distillery a 3M x 3M space….. I began the task of obtaining all the relevant licenses needed to legally distill and produce our product for resale to both businesses and the public, lots and lots of red tapes later in:

October 2016 we had what we needed to go ahead, we had already been experimenting and obtained our research and development still which we had called Baby Back, as our main still which is still small in comparison to most at only 30L is called Silverback, a reference to our Silver status in life, along with the tenacity and passion of the Silverback Gorilla.

We have grown considerably, Ste gave up his day job in November 2018, we signed for premises the same month and moved in December 2018 (hurrah… we have our home back!), we now have 7 products, a full range of Gins and Gin based Liqueurs of which we are very proud, along with a Pugs Palace Gift Set, a bespoke 3 Pugs Gin Glass, and more recently our Pugs Parade Gift Set.

Cheers to the future, its great being ‘away with the Fairy’s’. 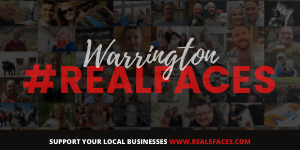 We're proud to be a #realfaces of Warrington.

Know an Inspirational Woman in the North West or North Wales?
Why not nominate them for the next?

close
close
Start typing to see products you are looking for.

You must be 18 years of age or older to view page. Please verify your age to enter.